NOTEBOOK
Where the Pigeons Sleep 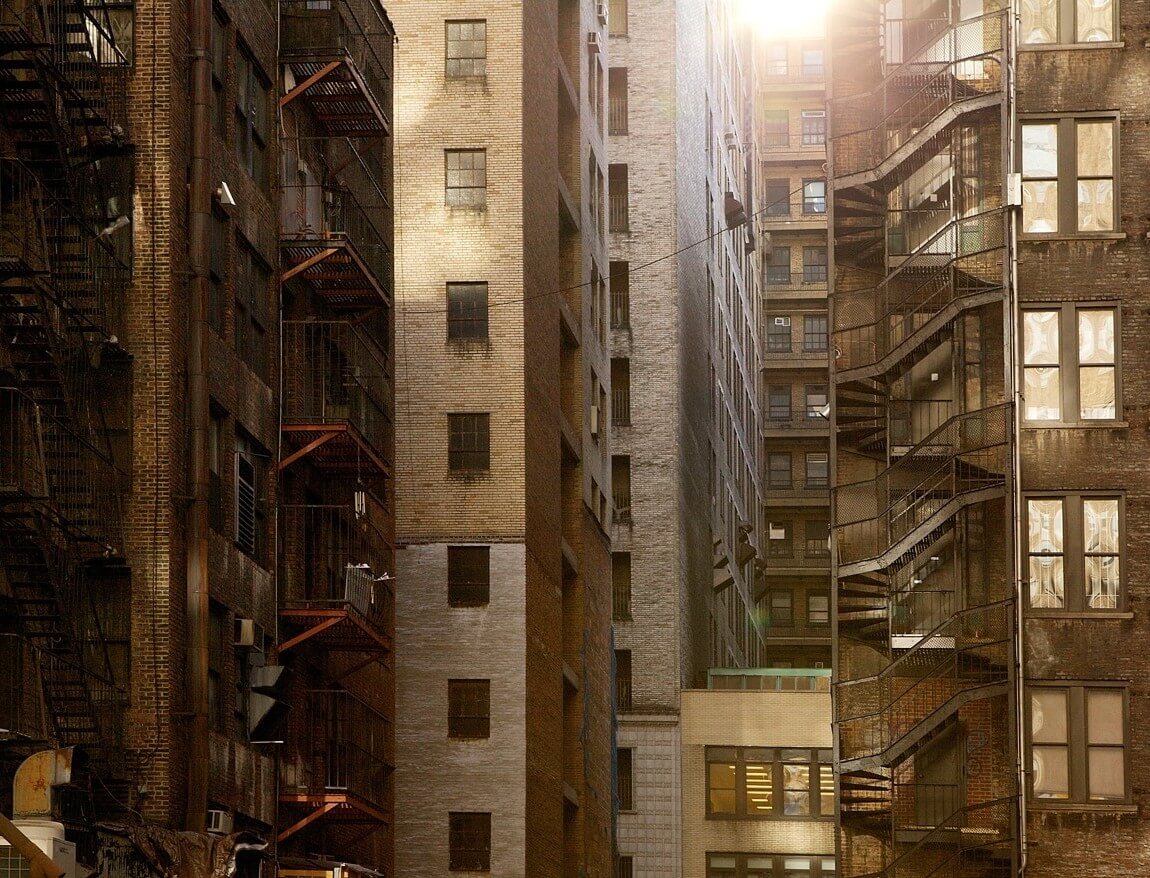 I just moved into a room in East Village, a few blocks away from the Facebook NY Office. It’s going to be a short stay, but I’m not sure how long I’ll be staying. I was making my bed on my first night here and I found, in the alleyway directly above my window, a cement-gray pigeon. It was perched next to each other on an iron bar, eyes closed, and didn’t seem to notice as I peered up at them. It just sat there, its beak pointing into the nothingness of our dark, thin alleyway.

The tiny room itself isn’t really a room. It’s the corner of what used to be the living room, where two walls of the space are opposite two, towering, white shelves that suffice as walls. There’s only enough space for the bed, and a makeshift box of plywood I use as a desk. A sliding door installed on one of the shelves works as the entrance. It isn’t much for privacy, but it’ll do.

There are a few critters that find their way in the city. I glimpse my citymates going about their business and cannot help but see their human virtues and inquities, as one does with animals. The squirrels, brown, large, sometimes obese, prance around as though they are drunk, or indecisive, always going back on their steps. Sometimes I call them over with a hidden treat in my outstretched hand. A friend said, of sea lions, that despite their cute and playful demeanor one must treat them as wild animals. The same is true with squirrels, whose sharp claws and biting tendency are qualities to be wary of. I no longer feed them from my palm.

And there are the rats, scurrying on the subway tracks, vagabonding from shitpile to shitpile with less concern than the loud tenants on the floor above mine. And the mosquitos, whose needling persistence is proof that size does not matter. “If you think you are too small to make a difference, try sleeping with a mosquito,” says the Dalai Lama. Or maybe Bette Reese. To this day, I’m still horrified and perplexed how one can wander its way up to a 9th floor apartment.

What, then, is the virtue of the rock dove, the neighbor outside my window? Movement, for one, in the daily task of merging in flocks and hunting for food. I have seen pigeons jaywalk across Broadway like angry pedestrians, their heads cocking back and forth in an aggressive fashion. I have seen explosions of pigeons, when a child runs at a standing flock and an avian cloud rises from the asphalt. I have watched a pigeon dragging its stump leg, completely oblivious to its disability. The cause of its injury is unclear. Anti-pigeon spikes? A scuffle with another pigeon? And yet it continues to move forward, prepared to take flight anytime. While rats tend to move only a few blocks in their lifetimes, the five boroughs is a rock pigeon’s realm.

They were always in motion. Of my two decades growing up in New York City, I’ve never seen a pigeon sleep—until now. The bird was as still as a statue. The alley was enclosed with brick walls, isolating us from the street. Stillness and isolation—these are the qualities of solitude.

Solitude. Despite their constant fluttering, pigeons too need a place of rest. It is completeness unto itself. Pigeons need nothing external, they create their home from the concrete and thin air. All they need is solitude.

And I must remember: solitude is not loneliness. Loneliness is the opposite, an impatience and crackling anxiety. Solitude is a noun that describes the physical state of having no one else present. Loneliness is a noun that describes the aching sadness one can suffer from experiencing solitude. I must also remember that solitude requires one additional thing: space. Which is scarce in this city, but somehow found in this small corner. Which the pigeon within my reach does not have. By leaning out the window, I am depriving it of its space.

So I close the window. I leave it alone to its bed, and I come back inside to finish making mine.