NOTEBOOK
The Difference Between Living in New York and San Francisco

My high school friends and I just left our pit stop in Sacramento, and had a couple hours until our private airbnb by Lake Tahoe. The goal of our trip: escape the city and go stargazing. We were in one of the last days of summer, and I’ve spent around four months living in the San Francisco Bay Area. In the beginning, I was worried that I’d regret moving here when I flew over.

For people like me—native New Yorkers—we can’t help but compare every city we visit to our home. I was shocked when I first came across slow pedestrians that wouldn’t jaywalk on an empty intersection. I missed New York’s subway as I commuted to work in San Francisco’s BART. I’ve learned that the two cities have distinct differences…

San Francisco has less rain. In fact, in my summer there it never rained. Due to the Pacific Ocean, a fog named “Karl the Fog” normally engulfs the city. The fog tends to burn off by late morning, then you’ll see clear skies until late afternoon when the fog rolls in again. 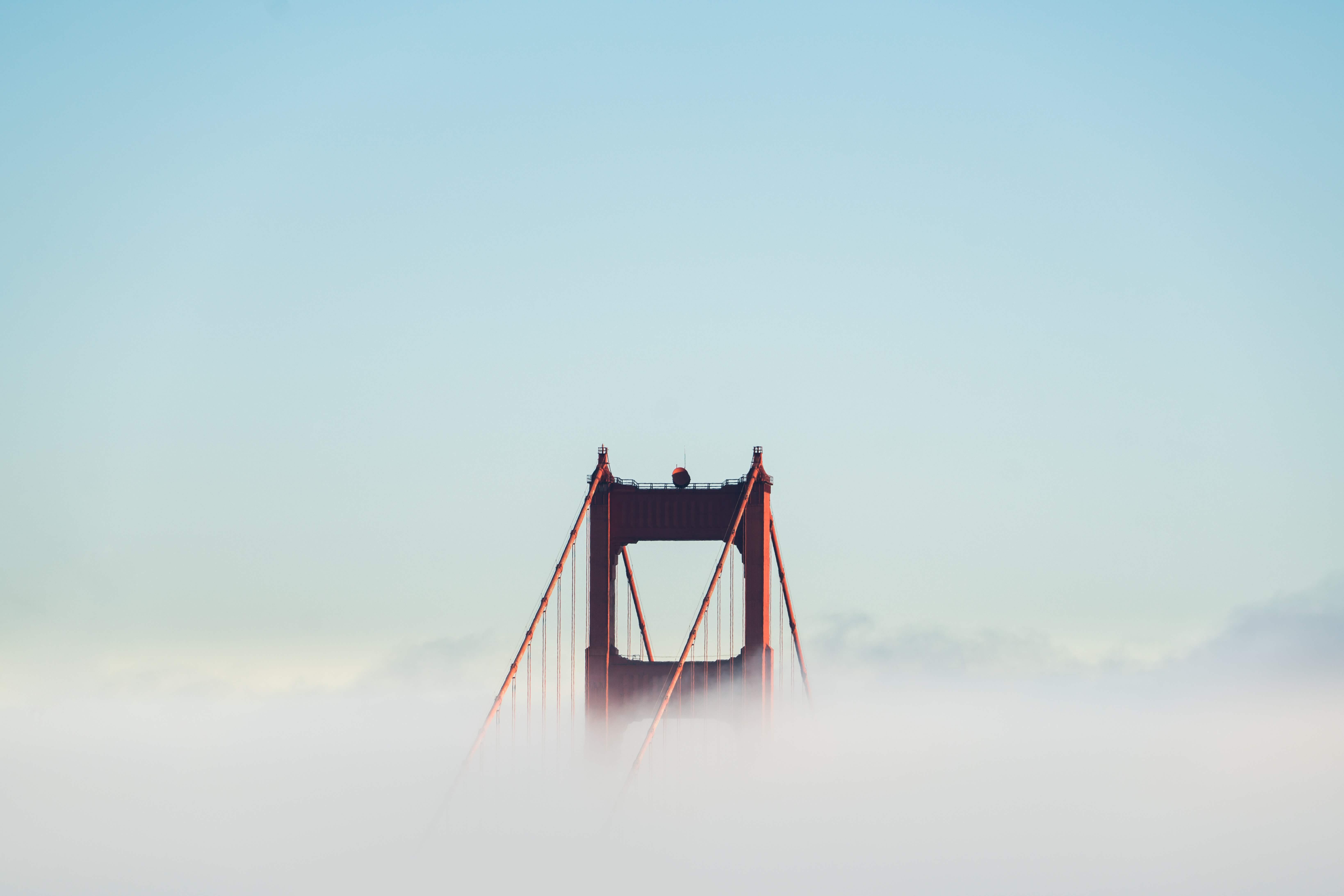 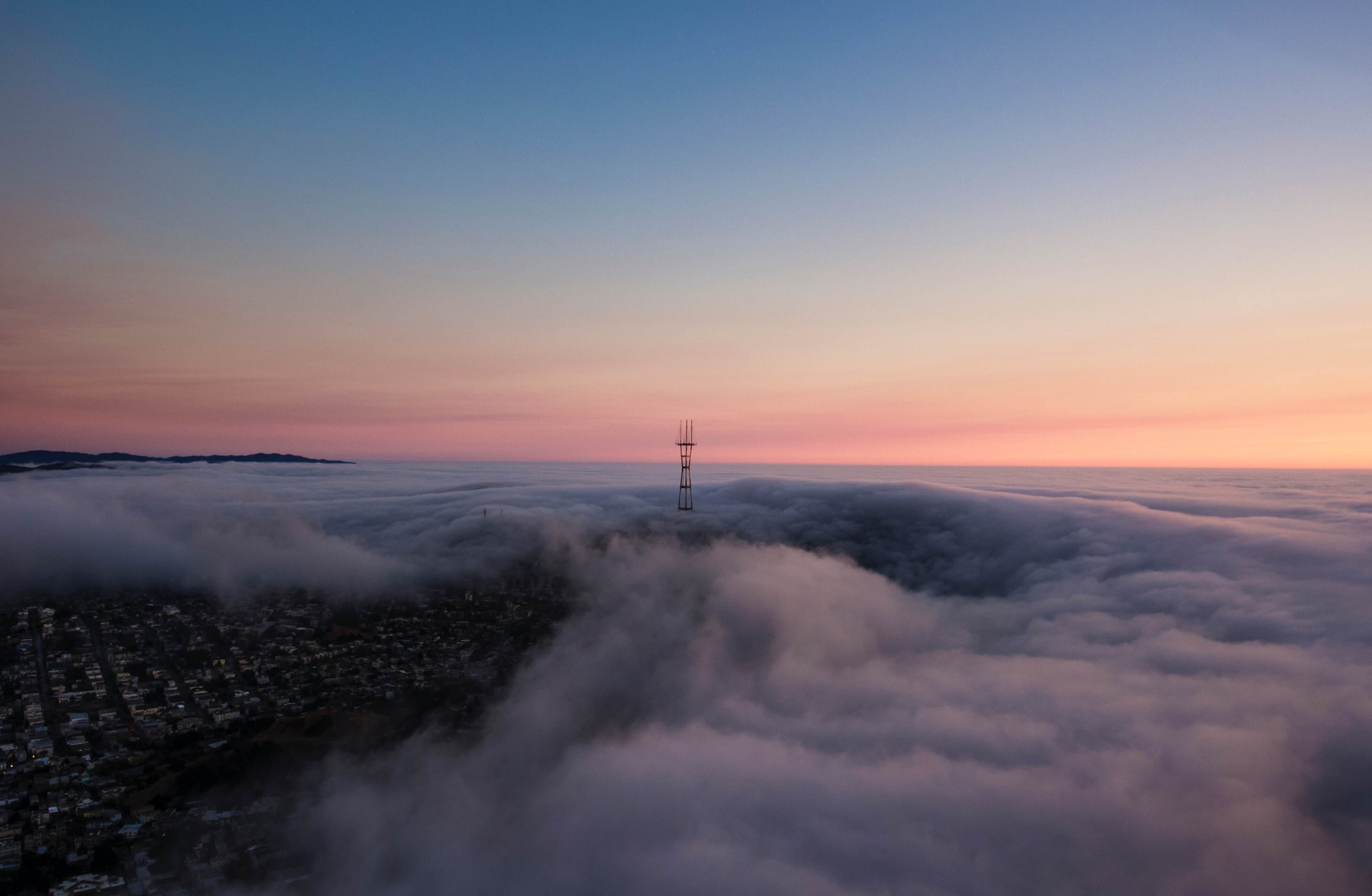 Overall, the city has more mild temperatures. Its average temperature ranges from a bit over 50°F to the low 60s. You can usually get around with a sweatshirt or sometimes a light down jacket. In contrast, the weather in New York City requires something in between wearing almost nothing to wearing a puffy marshmellow sleeping bag. It’s all over the place. On a few days, it’s as if New York transforms into Dante’s Third and and Sixth Circles of Hell—it’s either going to be hell freezing over or boiling us alive. NYC’s average temperature ranges from below freezing to just above 90°F.

Here, I’ve seen a hurricane, hail, intense blizzards, tropical thunderstorms, perfect beach weather, and SF weather. Currently, I’m in NYC and it’s five degrees outside. Five degrees. I had ice cream last week and it was warmer than the weather. It’s so cold that I can insta-chill my drinks outside my window. It’s painful being outdoors.

If you look at the NYC MTA subway, it looks like someone threw a pot of Crayola-themed spaghetti evenly at a map. It’s a complex, sprawling system that covers every square foot of the city. The subway is a result of competing transit companies combining into monopolies and eventually being bought by the city. The reason why we have numbered and lettered lines is because they used to be separate companies called the IRT and BRT, respectively.

And for the places and routes it doesn’t cover, there’s the MTA bus to get you around. One ride—subway and bus—of any distance is only $2.75. Now I have to admit, the subway is plagued with delays and rerouting. But the subway is redundant. There’s usually another line that leads to the same destination. It also runs all night.

In San Francisco, the BART tops out at midnight and covers much less ground in comparison. Due to the 1906 earthquake and poor political decisions, the separate transit systems in the city have been weakened and do not connect smoothly with each other.

NYC is also the most walkable city in the country. It’s possible to live in an apartment and have every single thing you’d ever need to buy a block away. It’s also mostly flat, unlike the steep hills in San Francisco. 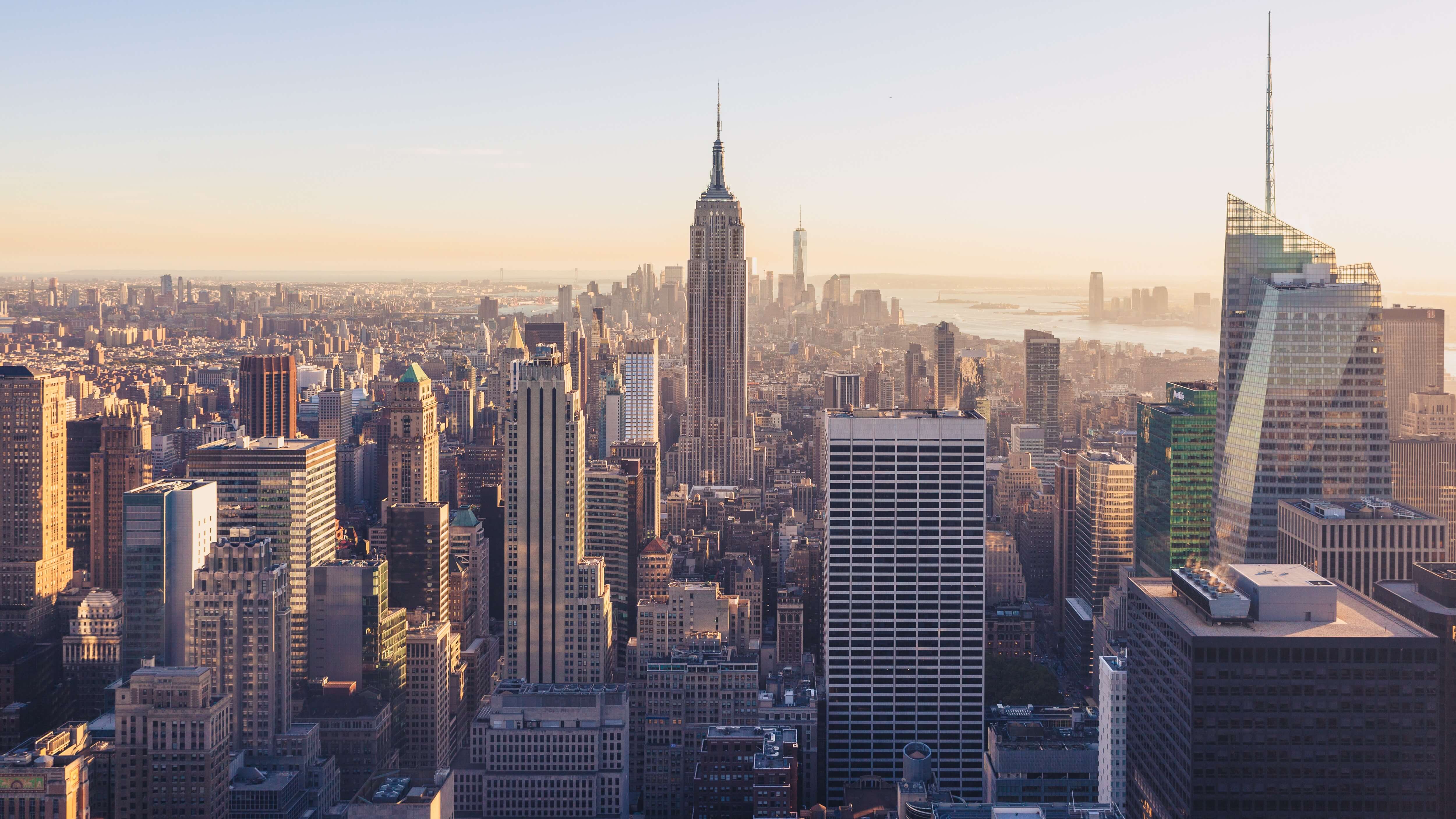 While the city may be perceived as a monolithic metropolis, it’s actually a collection of wildly distinct neighborhoods. I love it when I’m strolling along a picturesque street of small brownstones, come to a corner, and suddenly, the city morphs. I’m standing in a canyon of skyscrapers.

The rent is too damn high in both cities.

I’d say that New York has a few more things to do and explore in comparison to San Francisco. Thanks to the ease of getting around, it’s possible to do multiple things in the same day without a car. There are places that close at around 4 AM—if they ever close. In San Francisco, people generally seem to go home after work and sleep early. For example, the Starbucks shops in SF can close as early as 6pm. Here, the Starbucks shops tend close at 10 or midnight.

One thing that San Francisco has over New York City is better access to national parks. Yosemite Park and the Sequoia trees are a four hours drive away.

Pizza in New York City is baked in Olympus and delivered to the city via Zeus himself. It wins Time’s Person of the Year. Pizza in the Bay Area is advertised as authentic New York pizza.

Burritos in San Francisco are hand-rolled by Zeus and delivered from the Pacific Ocean in the tender grasp of Poseidon. Burritos from New York do not compare.

This is the biggest difference. NYC has a population of 8 million residents that are very diverse. You’ll find people from all backgrounds, stories, occupations, and ages here. In San Francisco, the population of 800 thousand is largely homogenous. 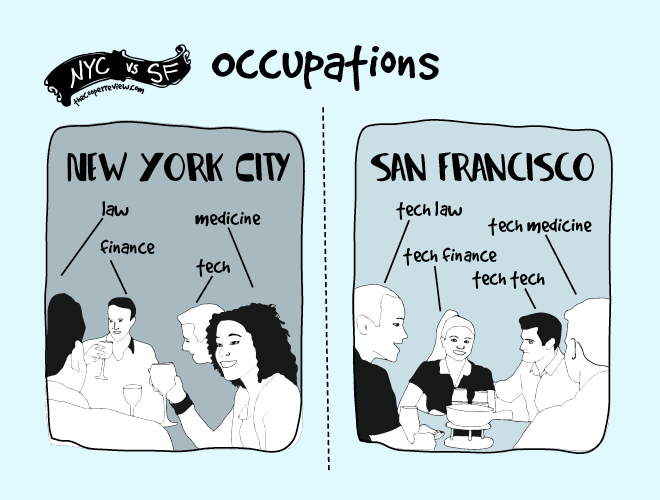 In San Francisco, there’s no escaping the tech scene. Most of the advertisements I’ve seen are about developer APIS or technical hiring. A company claimed that its yogurt was so rich “that it could buy your startup.” Even Häagen-Dazs tried to cater to software engineers by including code in its advertisements. I’d show up to a party in the Bay, and almost everyone there would be a programmer. This might be attractive to someone who’s interested in purely tech, but I want something more well-rounded. Having my life become 100% tech felt unbalanced. It was refreshing to do things and meet people who had nothing to do with the tech industry.

Technology isn’t the main focus in New York. It’s a medium—a means to an end.

So which city is better? New York or San Francisco? Neither. In the end, both cities have their pros and cons, and it depends mainly on what you care about.

Personally, I’d choose New York over San Francisco. I can imagine living in SF for a couple years, but I’ll have to move back eventually. There’s just no place like home. But if I had my way, I’d definitely migrate to the West Coast to escape the winter here. 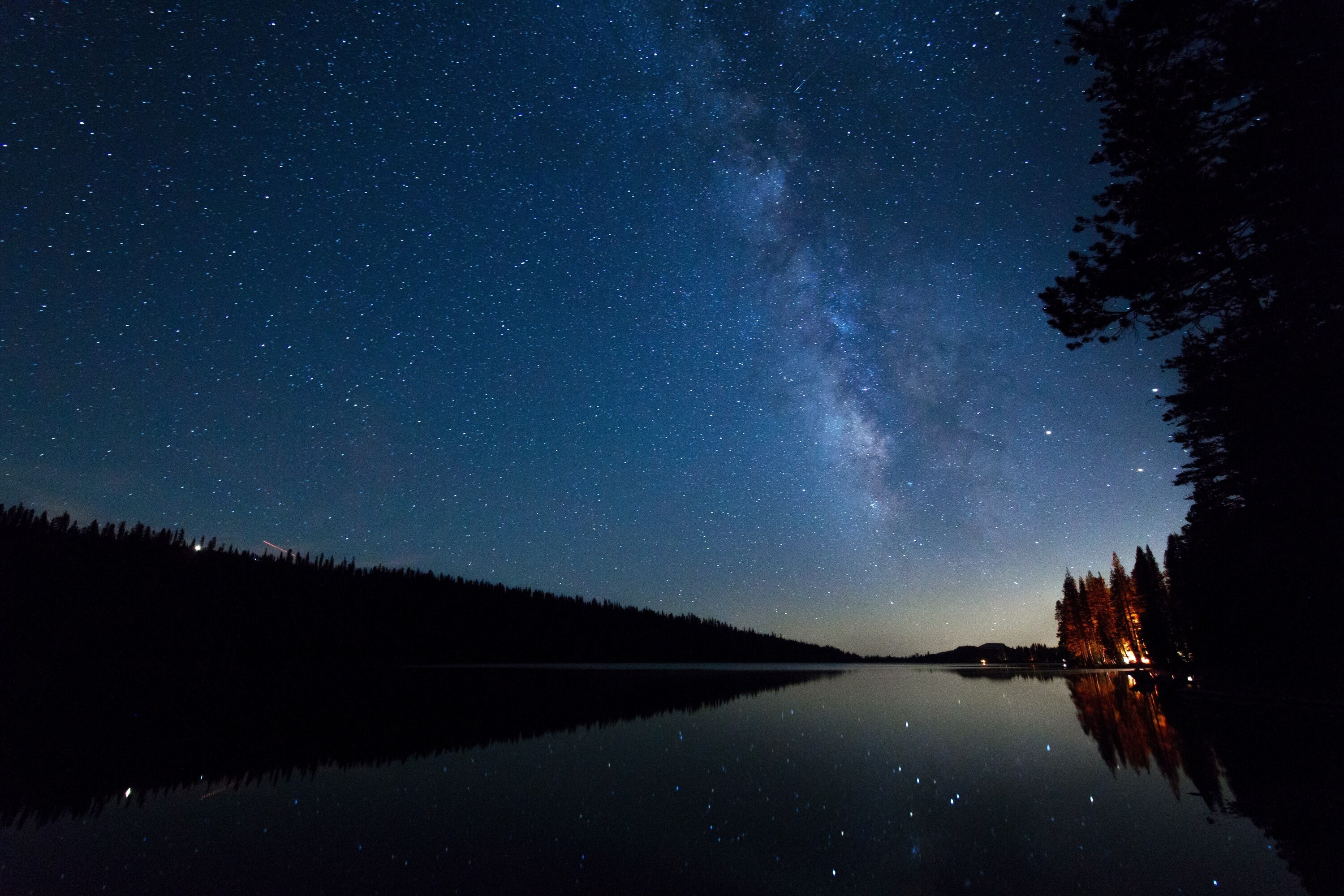 We arrived at the airbnb, unpacked our bags, and stood on the balcony outside watching the night starry sky. Thanks to this summer, I’ve learned what it’s like to live in a city that’s not New York. I’ve gotten out of a comfort zone. But more importantly, I’ve learned more about myself and what truly matters to me.

In the end, yes, the factors above are important when living somewhere new—but what matters most is what I’m doing and who I’m with. I need to spend time on work that I find meaningful. I need friends that I love being around. If these things are satisfied, I think I’ll be able to live anywhere: in any city or even a small town in the middle of nowhere. I’ll be okay.

We walked back from the balcony into the house to finish the rest of our unpacking. I lied down onto a couch and passed out—too exhausted from the long car ride.

The next morning, I woke up to a warm, quiet sunlight flooding in from the windows. Someone had draped a couple blankets over me while I slept.